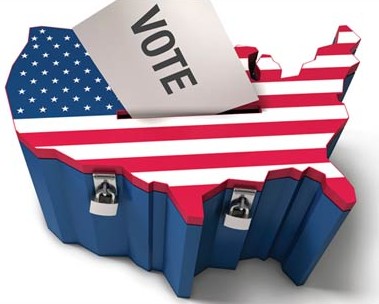 Did you hear about the “children’s book for adults” last year that was narrated by famously potty-mouthed Samuel L. Jackson – “Go the F**k to Sleep”? Well, there’s a new twist.

Now Jackson is saying “Wake the F**k Up,” in a new profanity-laden video urging voters to listen to a worried Little Susie’s concerns about our nation’s apathy.

“Sorry, my friend, but there’s no time to snore,” Jackson says. “An out-of-touch millionaire just declared war. On schools, the environment, unions, fair pay — we’re all on our own if Romney has his way.”

The video very much supports the re-election of President Obama. But regardless of who you support, the message should matter. Pay attention, learn what the issues are, get involved. The stakes are too high to do otherwise.

A particular area in which apathy – and silence – is troubling are in voter suppression efforts arising during this election cycle.

In Washington, conservative Republicans are seeking to gut the Voting Rights Act. In Florida, they are, in effect, purging Democrats from the voting rolls. In Kansas, there is a law requiring a voter show proof of citizenship. And in 30 states, according to the National Conference of State Legislatures, there are Voter ID laws, either passed or under contemplation.”

This Forbes.com article raises questions about the lack of attention this issue is raising, despite its importance:

There’s one topic whose reception in the media — particularly social media — has been puzzling us. And that’s the issue of voter suppression — the aggressive and systematic enactment of laws that make it more difficult for people to vote. It’s a potentially volatile issue that has been documented and reported in many places (for a good summary of the history, the coverage and the many facets of this issue, check out this recent post by John Dean (yes, that John Dean). But in the blogosphere and Twittersphere, not so much.”

Our right to vote is one of the most basic rights as a participating member of this democracy. It’s also a responsibility that every adult should take seriously. Don’t sit back and let that be taken away from any individual or group.

One thought on “Voters: Wake up!”