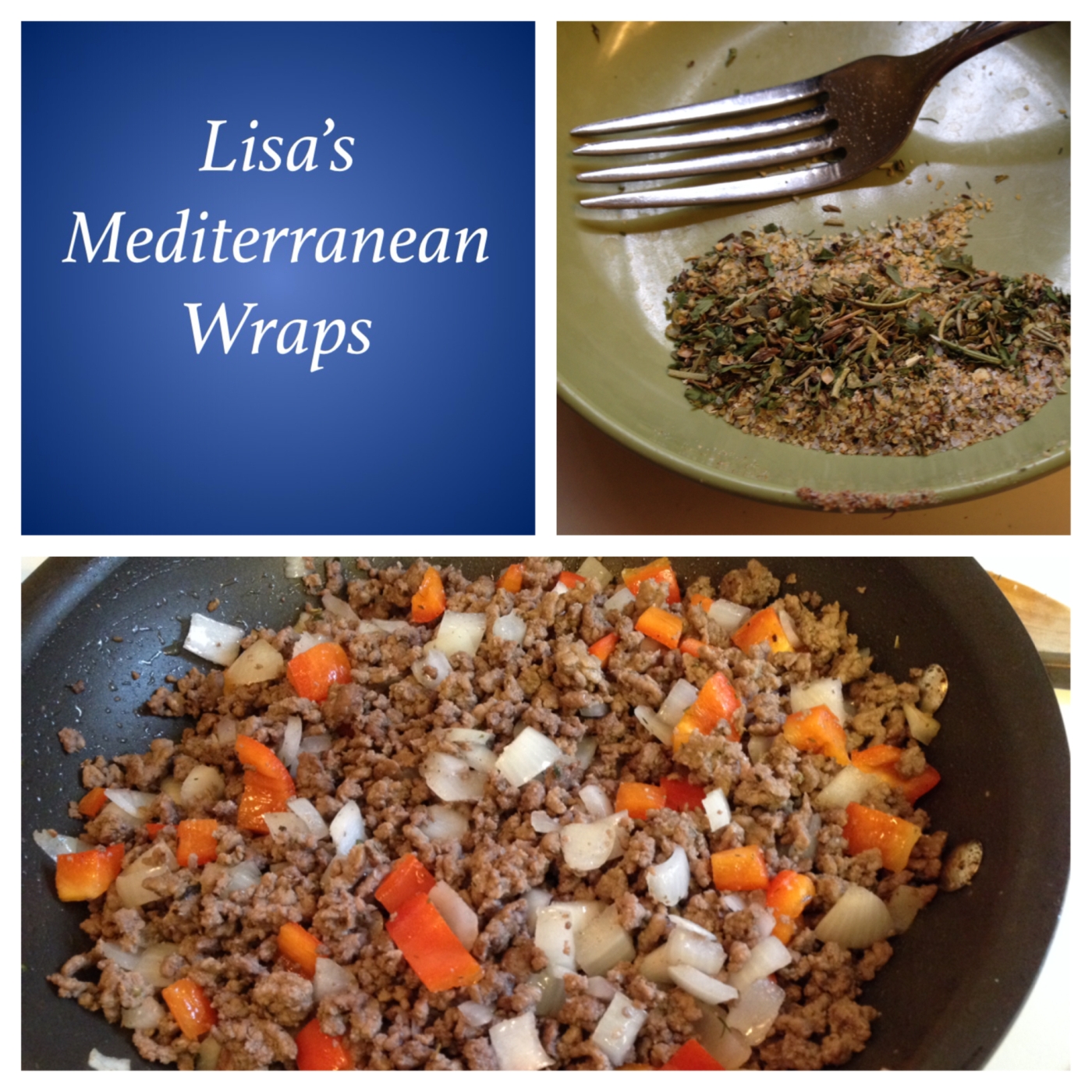 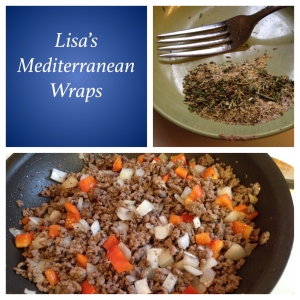 I had to improvise at dinner tonight. I accidentally ate the Mexican food that was brought in for lunch today at the office, forgetting that tacos were on the menu for dinner at home. Even though I can eat tacos at home once a week, eating them two meals in a row didn’t sound yummy at all (#firstworldproblems).

Don’t think that eating out didn’t cross my mind (and I DID suggest it). But we’re going to a concert tomorrow, and will be eating out before that. The responsible, grown-up thing to do was to come up with an alternative recipe with the ingredients thawed out at home.

I had thawed out ground beef. Something Mediterranean sounded good, and we had kalamata olives. I did a recipe search, and found a burger patty recipe, but that didn’t sound good either. So I decided to wing it, and make a seasoned ground beef Mediterranean wrap of sorts.

I wasn’t even sure what sort of seasonings to use, so I made up a small batch of this Greek seasoning blend.

So here’s the recipe, for now. I told BF if he liked it (and we DID!) I would make it again with some additional “intentional” ingredients, like feta cheese and some garlic sauce from a local Mediterranean restaurant.

1 TBS. of the Greek seasoning blend

Brown the ground beef and drain off the extra grease. Add the chopped peppers, onion and seasoning to the skillet until the vegetables are softened a bit, but not overcooked. Add the kalamata olives toward the end, just to heat through. Set skillet aside on low heat.

Warm some wraps (remember, I was winging it, so my wraps were flower tortillas. An intentional ingredient might be pitas) in either a warm skillet or a skillet with a bit of heated oil.

Serve by putting some of the meat/onion/pepper/olive mixture in a wrap burrito style. I added a little sour cream, but next time I will use some garlic sauce and feta cheese.